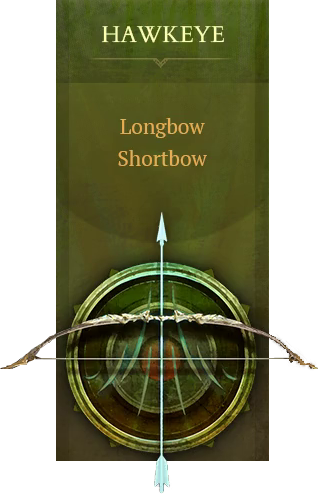 Hawkeye has abilities that allow them to ignore armor entirely and they can kind of focus on getting headshots and stuff that again can get out of the armor situation.[1] – Jeffrey Bard

As far as the Hawkeye goes, a couple of cool abilities that they have is they've got a grappling hook so that they can get up onto high places easily. They can basically you know shoot people from afar and so we want to give them the ability to kind of take advantage of that and get up into position quickly. Again that's partly because they have a lot of abilities that kind of lock themselves down.[1] – Jeffrey Bard

One of the abilities we have is a guided arrow. So that when they fire this ability allows them to kind of actually pilot the arrow so they can get around corners and kind of take out people who are giving them a lot of trouble.[1] – Jeffrey Bard