Players can acquire the bounty hunter title through a quest available to citizens of Military Stage 4 (Pueblo) nodes and potentially their vassals or affiliated nodes.[1][2]

Players with a high enough corruption score will be visible on the world and mini maps. These players will have markers posted on the map by an NPC from a Military node of at least stage 4 (Pueblo), and will only be granted to players who have the Bounty hunter title.[12] The accuracy of bounty hunter maps is determined by a player's progression in the bounty hunter system.[7]

Taverns are one of the locations that bounties will be posted. As players gain corruption, taverns may offer bounties to eliminate those players; or have a specific area cleared of problem players, thus giving a POI (point of interest) on the world map.[13]

Corrupted player in the Alpha-1 preview.[14]

When you gain that corruption you have the potential of losing your completed items, your weapon, your armor, stuff that is very difficult to achieve; and then the other aspect of that is, that in order to deter basically players taking alternate characters and saying this is my PK alt, the more players you kill, the more corruption you gain, the higher your combat efficacy in PVP diminishes. If you're out there and you killed you know 20 players... you will not be able to perform in PVP any longer. You will need to take that character and go work off that corruption. The other aspect of corruption is that if you kill another player, who is a non-combatant and the level disparity between you and that player is great, you will gain a higher amount of corruption from that single kill. To the point where you should not be killing a level one character.[15] – Steven Sharif

If a combatant (purple) player kills a non-combatant (green) player in Pvp, they will be flagged as corrupt (red).[16]

Reward without risk is meaningless... Corruption is just another word for risk.[18] – Steven Sharif

You can't necessarily time perfectly you know the damage or understand even the health of the player. Unless you were in their party you cannot see an opponent's health as well so that's another component that you know adds risk.[19] – Steven Sharif

Q: Will there be any large-scale consequences when many players in a group guild region religion etc become corrupted frequently or for an extended period of time?
A: There are not group dynamics or mechanics that revolve around mass murdering people in the world. The corruption system is intended to deter mass murdering, not to provide incentives by which players can go out and gain corruption.[29] – Steven Sharif

Q: If my guild has no one corrupted and your guild is like always killing people and always corrupted, will your guild have repercussions because they're corrupted versus my guild?
A: No I don't think so either. And the reason why is we want to deter it, but we don't want to make the system meaningless; and if the deterrent becomes too heavy-handed then it's a system without a purpose. And I think that the intent behind the corruption is that like during a rise in passion and like anger and whatever you want to make this decision and do something and you'll suffer the repercussions later. But if those repercussions are just overwhelmingly bad and even anti-social in the sense that like your guild is like hey man you went corrupted and this gives us like corruption points on the guild, and like you're out of here, then people just aren't going to choose to use it; and then at which point might as well just take it out. So I think there's a healthy balance between the type of deterrent used.[30] – Steven Sharif 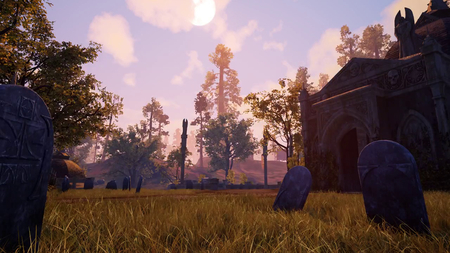 The primary means to remove corruption is through death. Multiple deaths may be necessary to remove all corruption.[32][27]